A Tale of the Birch 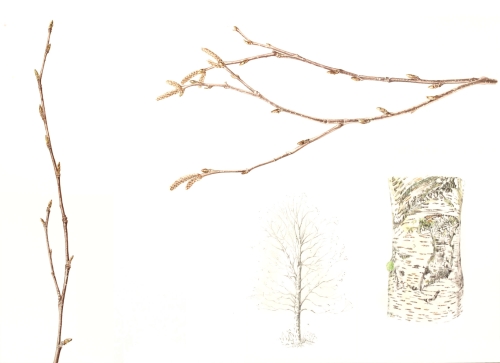 The birch is a very hardy tree, so along with rowan will grow at higher altitudes than other deciduous trees. It also spreads quickly to colonize open areas.

The trees up on the grinden (open grazed areas) along the Schwarzwaldhochstrasse, which I used for my drawings, could well be Downy birch - these have twisting branches which seldom hang down. The bark of the Downy birch is usually red-brown but can be silvery. Downy birch often crosses with Silver birch and the hybrids have characteristics of both. I hope I will be able to speak to someone in the National Park to find out what the trees I painted are.

The birch had a place in Celtic and Germanic culture. The twigs were used to drive out the spirits of the old year in the belief that the birch had sacred powers of renewal and purification. Birch bark is waterproof and resistant to fungus. The sap is very sugary - you can see birch sugar on sale in the supermarket - it's expensive but is supposed to be a healthier option. Apparently you can drink the sap in spring or use it as shampoo, and birch oil obtained from the bark can be used as insect repellent, but I have not tried any of these yet as the tree in our garden is so old and tall, none of the branches are accessible.

A Tale of the Alder 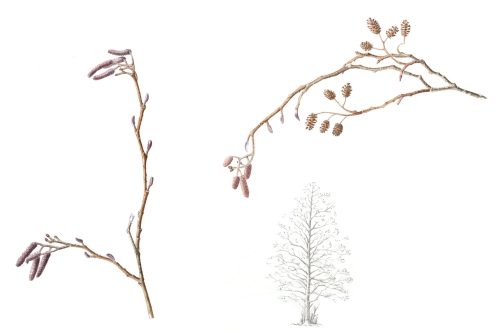 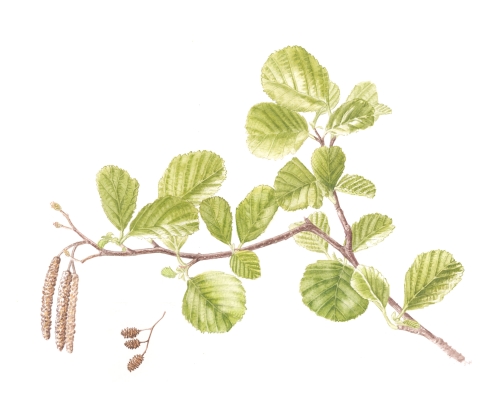