It was -6oC this morning and the trees were frosted nicely.

As the sun was out, it was a good day to photograph. There wasn't anything particularly interesting so I took some photos of the common birds I normally ignore. It was interesting to see this blue tit eating the frost.

There was a surprise visit from a grey wagtail which landed on our shed for a few seconds. The pond has been frozen over for a few weeks now, so pickings must be very meagre for this bird at the moment.

In the late afternoon, we were both excited to see what looked like a large black and crimson bird in a distant tree. I immediately thought of a northern cardinal I'd seen in Texas a couple of years ago. Upon taking a photo, the excitement dwindled. This crow had found some red packaging - or it might be a red pepper - and we'd seen it carrying this into the tree.

** UPDATE ** we checked under the tree that the crow was sitting in and found what he had been carrying - it was the skin of a sausage. There must have been some tasty meat remaining in the pinched end of the empty sausage skin. 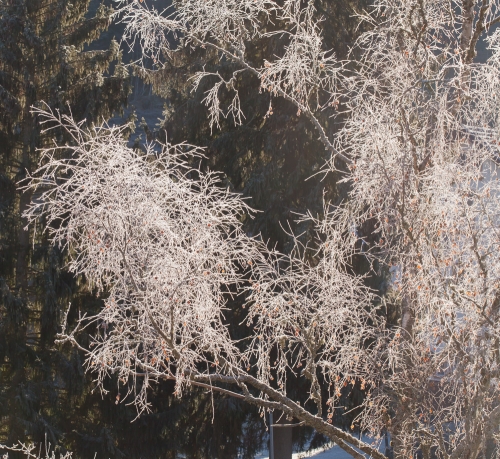 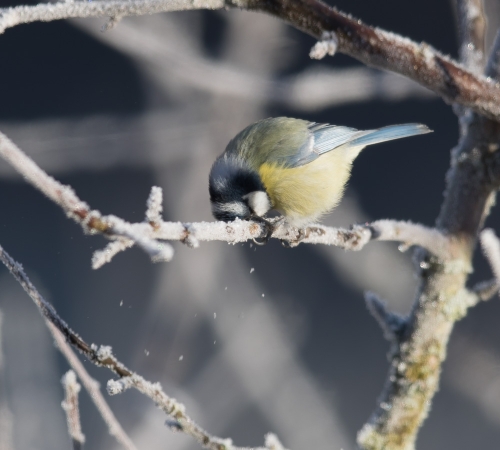 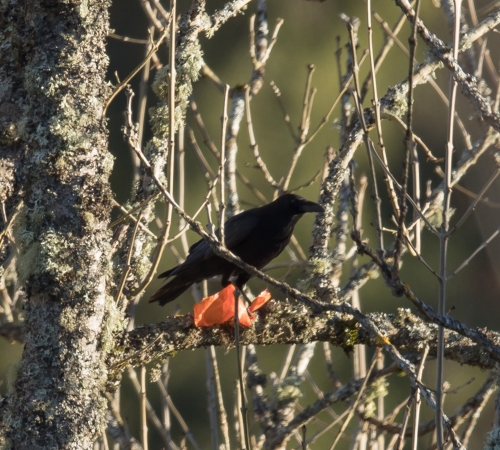 Crow with something red, Christophstal December 2016 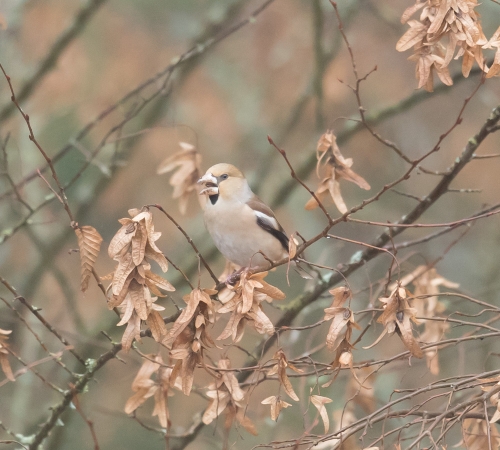 There were large flocks of hawfinches and long-tailed tits in and around the garden today. The hawfinches have been gathering in the hornbeams and I reckon there were 40-50 there today. They're quite camouflaged so most of the photos I took didn't really show the numbers. Here's a picture of a female.

As the light was fading into the evening, I spotted a treecreeper in the beech tree opposite the garden. One day I'm going to get a photo of a treecreeper in good lighting conditions, but not today.

I spent a fair bit of time today watching the bird feeders and it was pretty boring. There was some brief excitement when this sparrowhawk appeared in the distance, but he didn't come very near.

I haven't seen any rodents in the garden for some time. There are so many cats about, this isn't surprising, but today I saw this mouse in the undergrowth under the garden hedge. 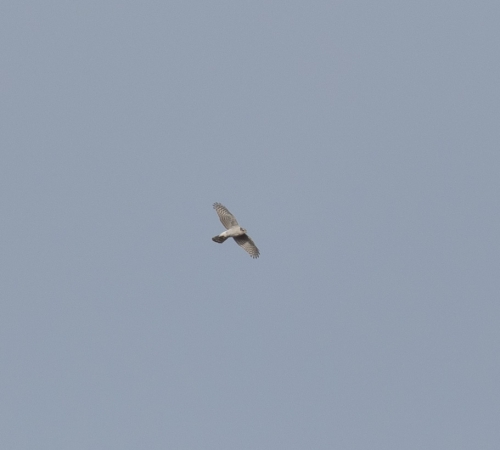 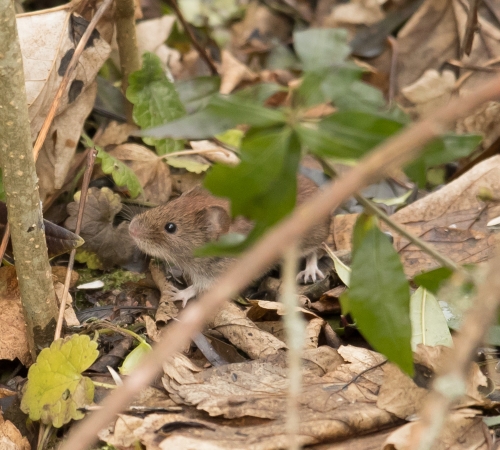 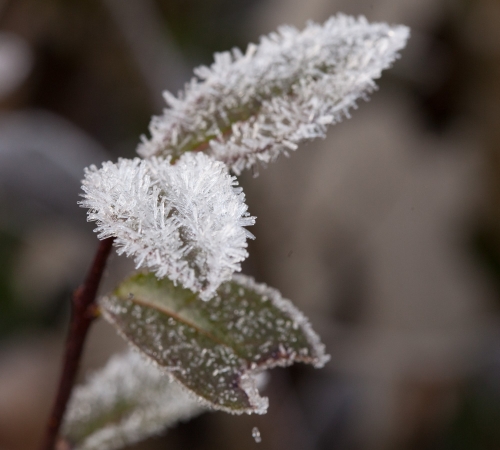 It was cold overnight again. There were some nice frost forms on the privet.

Nature has taken a rest for the past couple of weeks. It's been cold and dull most of that time.

Last night it was very cold and we were pleased to see some frost fungus while out on a run through the woods this morning. This is supposedly a rare phenomenon, but we see it at least once most years. 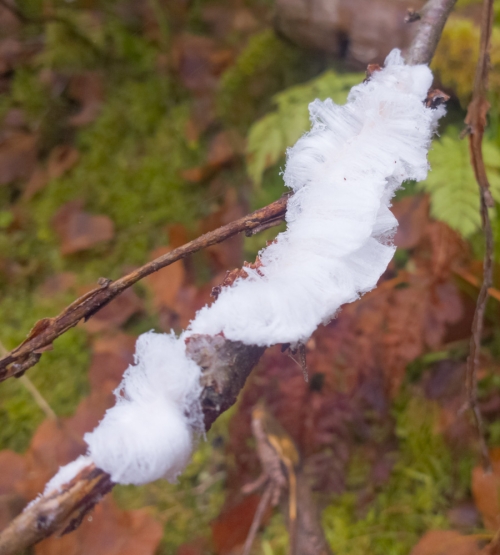 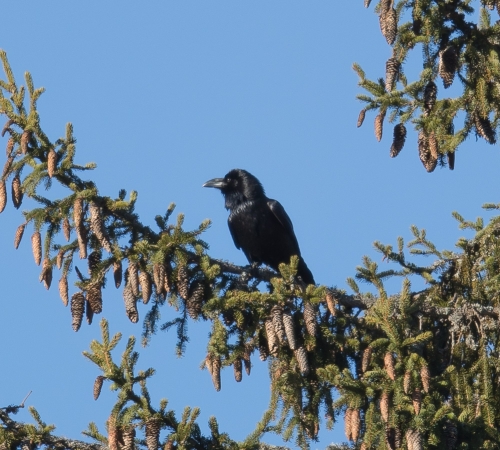 It is still cold and the pond has been frozen all week.

There was a bit more bird activity in and around the garden today. Yesterday a small flock of siskins came to the garden. Today there were a few ravens and a buzzard. One raven came quite close to the house but perched in a distant tree.