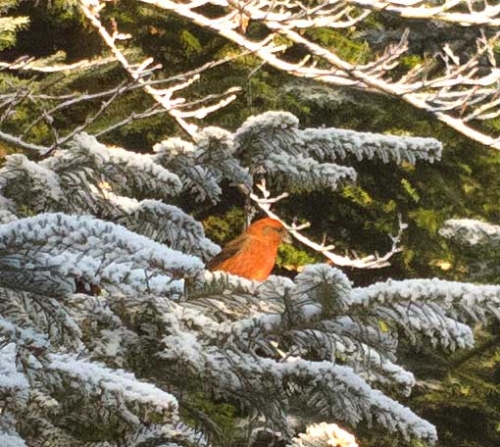 I went for a run up the Finkenberg early this morning and was rewarded by seeing two common crossbills.

I expected them to fly away when I stopped to photograph them but instead they both came down to the road in front of me and allowed me to get quite close.

The first brambling and siskin of the winter are always exciting, but the excitement wears off quickly when you've seen them every day for two months. I don't think I'll ever be unexcited by seeing crossbills though.

It's been a nice sunny day today and the snow is rapidly melting. I took a look at an area in our garden where the snow had melted and the snowdrops are already flowering. They've already spread under the trees where we cleared a lot of undergrowth last year. I'll get a photograph when there's a bigger area clear of snow.

The mouse popped up today obviously interested in the peanuts which had fallen under the bird table. He was not brave enough to run across the snow in daylight though.

We were pleased to see two long-tailed tits at the fat balls today. They flew off when the woodpecker arrived but returned later.

We saw two brimstones as we were travelling down the Murg valley on the train.

We saw six herons at the fishponds down the valley today. 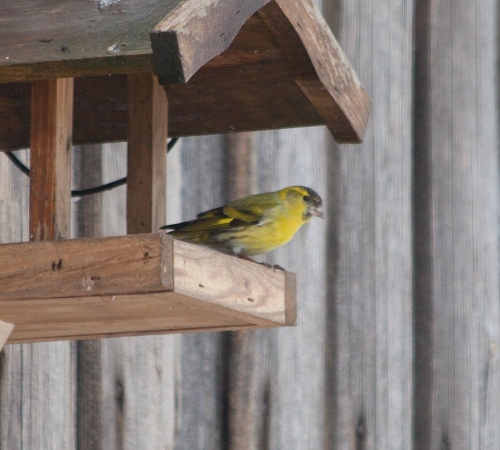 There were a male and female siskin at the bird table today as well as the growing flock of bramblings. 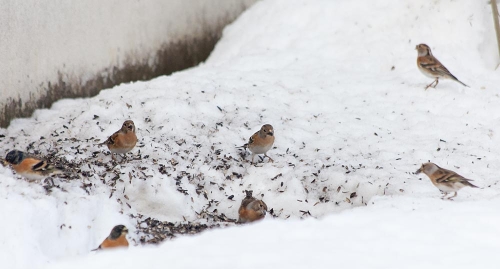 We had a troupe of around 15 to 20 Bramblings at the table today. It was fun to watch them flying to and fro and they were very noisy. There are quite large flocks in the area at the moment. 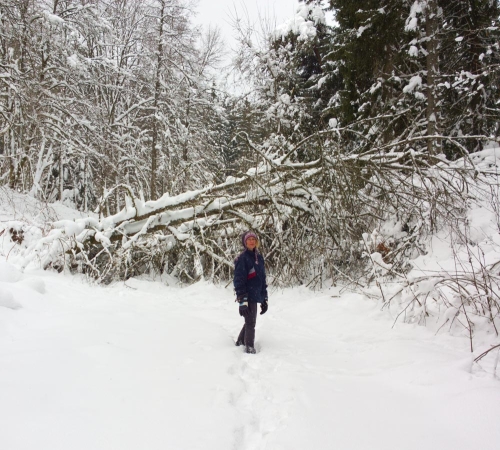 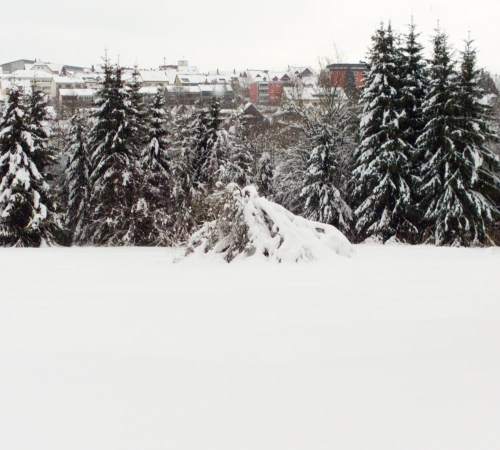 This afternoon we went for a walk up the Christophstrassle. The path was blocked by several fallen trees - presumably the result of the high winds we had earlier in the week. It was interesting that the exposed roots of the trees were full of rubbish - maybe from the rubbish tip that used to be up there.

The other picture is of the poor Bird-cherry tree up on the old rubbish tip. This was the same tree that was completely defoliated by Bird-cherry Ermine caterpillars (Yponomeuta evonymella) in May 2014 (see Ghost Tree under search). 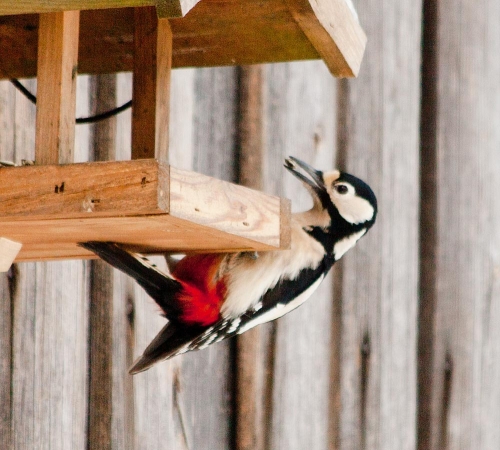 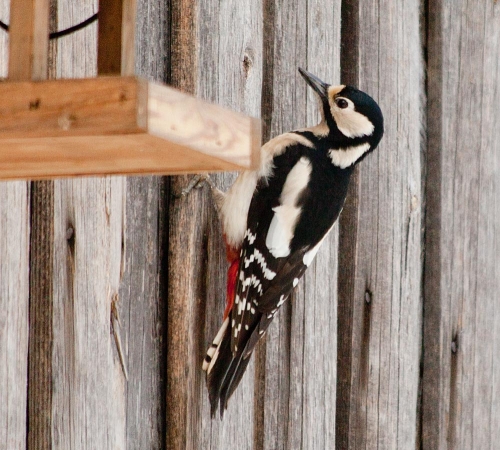 We've had a nice female Great Spotted Woodpecker visiting the garden for the last couple of days. The photo shows her hanging on our bird table eating a sunflower seed. She's also keen on the fatballs and peanuts. 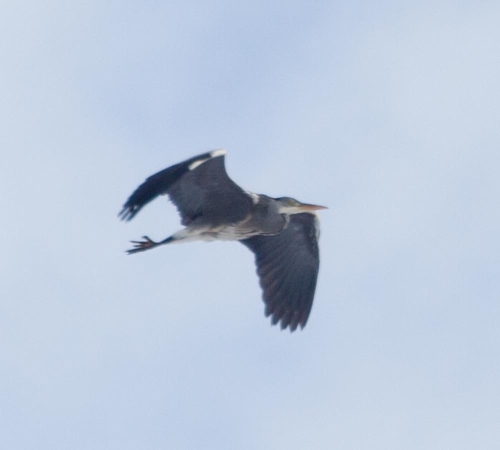 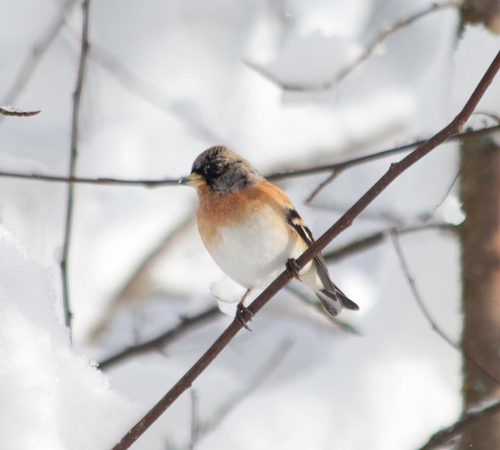 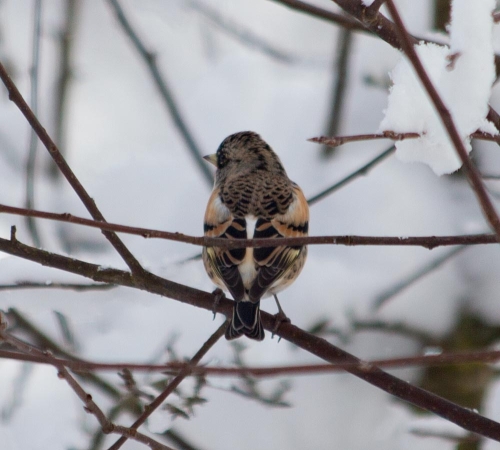 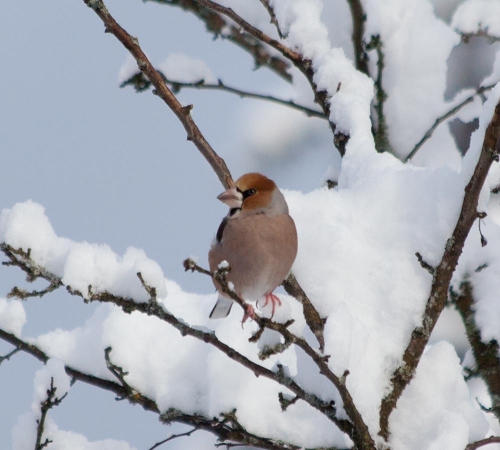 After several days of cold weather and heavy snowfall, we're seeing large numbers of birds at our feeders.

Here are a few photos of some of the visitors.