We spent most of the past week back in the UK - so we have the first blank days on our bird records for nearly three years.

It's been really cold all week, but we stocked up our bird feeders before we left and they still had food in them on our return.

I've included a photo of the frozen Forbach which I took a couple of weeks ago. This year is the first year we've seen the Forbach freeze. Our cat is not bothered by the cold - she's found a hotspot on our underfloor heating.

This morning, we went out to photograph some frosty scenes. The frost last night had blasted one side of all the twigs. The frost on the shutters on the north wall of our house looked really nice.

It was down to -16oC last night. It is a proper winter this year.

We did the NABU bird count today and counted 13 species including a bullfinch - the first we've seen since 26th September. We'd had a family of bullfinches visiting throughout 2016 then suddenly they disappeared. 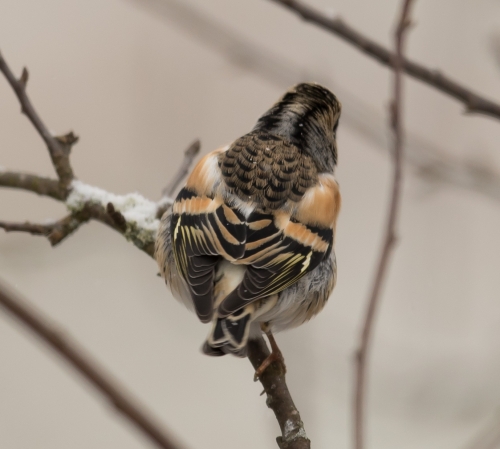 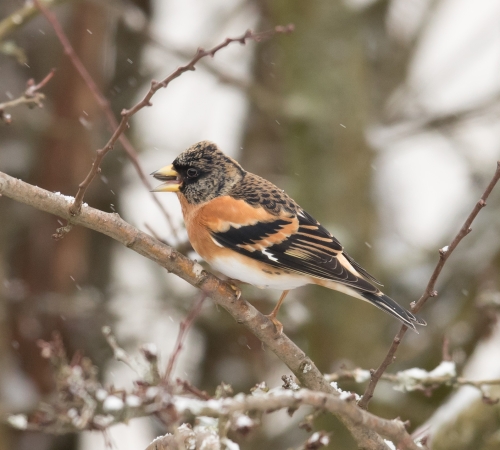 It continues to be very cold overnight. The river has frozen over - the first time we've seen this in the four and a half years we've been here.

Today we had a small flock of 10 fieldfare hopping around in the front garden. I decided to enjoy watching them close-up rather than run upstairs and try to get a photo.

The numbers of hawfinches and bramblings continues to rise. I concentrated today on trying to get a photo of one of the male bramblings - a photo which gives a better impression of how beautiful they are. Unfortunately, it was overcast and snowing lightly, so I haven't quite nailed it yet. These two photos are the best of the day.

The other photo is of a robin who was trying to get to the fatballs. The robin is one of those birds that can't quite manage it.