I saw a mazarine blue butterfly today. This species has had a bad couple of years - I haven't seen one since 2015. 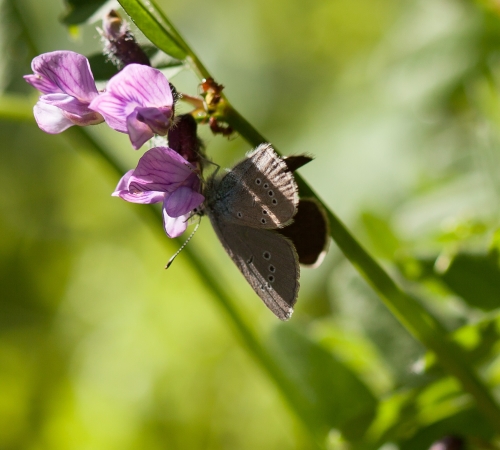 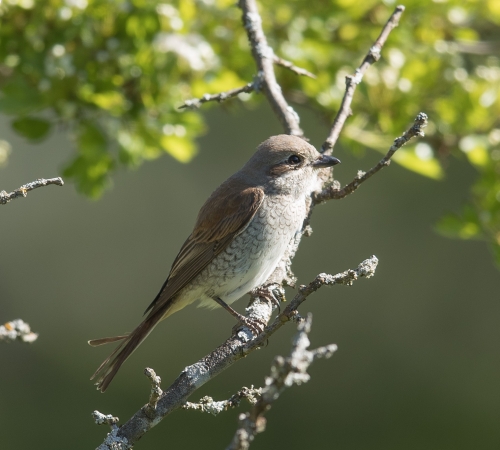 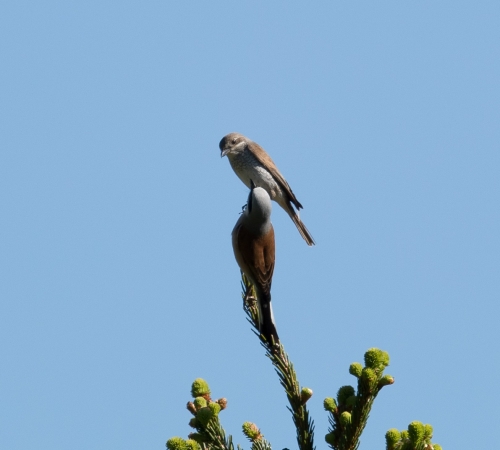 Star of Bethlehem, Christophstal May 2017 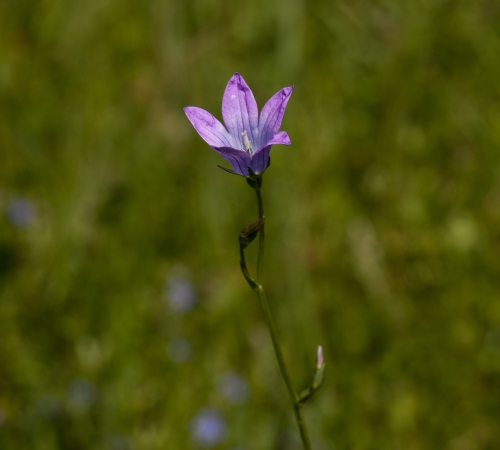 The red-backed shrike pair are ever present. The female is more difficult to photograph as she seems to prefer deep cover - but today she was out in the open a bit more.

I saw my first grizzled skipper of the year on the patio.

I had a look up on the triangle to see if the star of Bethlehem was flowering again - it was. There were also some harebells flowering and this rather nice sooty copper butterfly.

The birds are finding it increasingly difficult to get to the bird tables. Today there were five red squirrels hogging the tables.

I ran the moth trap last night. I had my first fox moth adult (I've had a caterpillar in the garden a couple of years ago). Unfortunately, he was quite active as soon as I opened the trap so this photo is a bit blurry.

There was also a purple cloud moth in the trap. Photos don't seem to do justice to this beautiful moth. 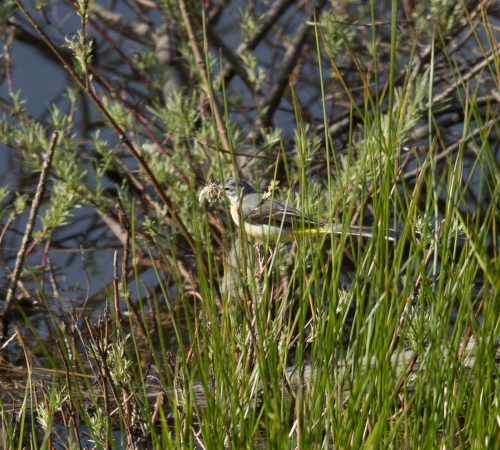 A grey wagtail was collecting nesting material beside the pond.

The male red-backed shrike has now found a mate and they were courting today.

This morning, the nest box that the blue tits had been nesting in was at a strange angle and it looked like it had been raided. The blue tit parents were still coming and going, but they were exiting with their caterpillars uneaten, so it looks like they've lost their brood. While out for a run on Saturday, I'd seen a plant I didn't recognise in Friedrichstal. This morning, Christine accompanied me for a walk to see what she made of it. She thinks it is Whorled Solomon's Seal - a plant we'd only previously seen on a trip over to the Glatt valley.

This weekend, we've started to see our first fledglings of the year around the garden. Today we had some chaffinch fledglings and some great tit fledglings. They're making a lot of noise and they've attracted the interest of a kestrel. He's been around all day. I noticed he was watching the great tits closely so I went outside to stand between them. It didn't make any difference - he came swooping in at full speed completely ignoring me. He narrowly missed some adult great tits who were squabbling.

It was quite sunny today but a bit windy too. Despite the wind, there were a few butterflies about including this Wall Brown.

I got a photo of the red-backed shrike who seemed to be establishing a territory all day today.

This crow was eating what looked to be a large fish down by the pond. I've no idea how he caught it. It doesn't look like it was too healthy so maybe it was already dead. Carrion crow with fish, Christophstal May 2017

The birds have still not returned to our feeders in any great numbers, but today we did see our first red-backed shrike of the year, a male. In previous years we've seen red-backed shrikes a lot earlier than this, but maybe we missed their return while we were away.

We went for a short walk in the Sankenbachtal. I've been meaning to get a photo of some white butterbur seed heads.

It was the NABU bird count this weekend but we had the lowest turnout we've ever had - just 9 species and only 12 individual birds came into the garden during our chosen hour. We just spent a couple of weeks back in the UK so things have been quiet in our diary.

We stocked up the bird feeders before we left, but they were all empty when we got back and there were hardly any birds.

I spotted this pair of micro moths mating in the grass. I'm pretty sure they are Pyrausta despicata.