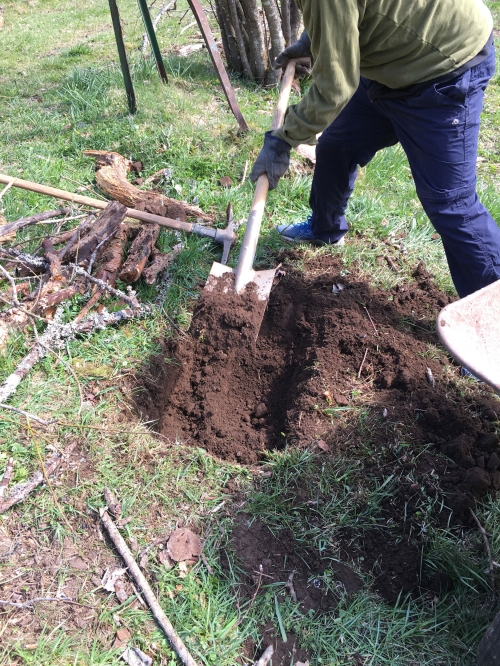 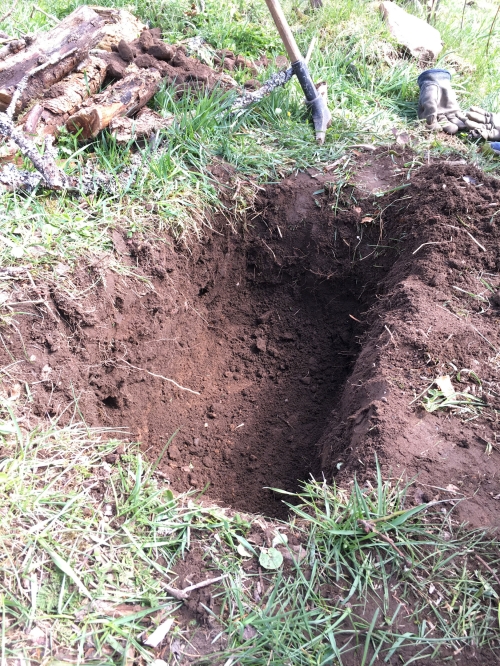 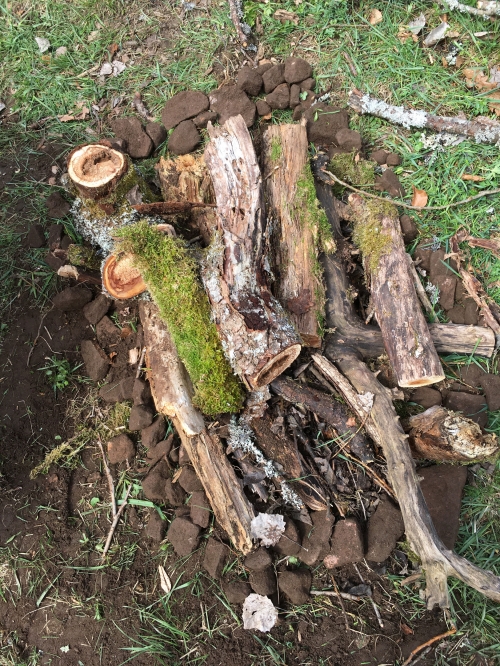 We have dug a 'beetle basement'. This is a pit about 1m in length and 50cm deep, which we filled with buried rotting logs with some leaf litter. We then laid other logs on top sticking above the surface as a log pile.

The aim is to encourage beetle larvae such as Stag Beetles, Lesser Stag Beetles and so on, as they feed on fungi in the dead wood over a long period, so need to be undisturbed. We have tried to use a variety of different woods such as apple, willow, hawthorn and elder. Spruce contains resins which will probably not be palatable, so we have avoided this. The dead wood will be good for a large range of other creepy crawlies, too, which may attract hedgehogs if they are about. The pile of logs above ground could be a hiding place for amphibians and reptiles like the slow worm. 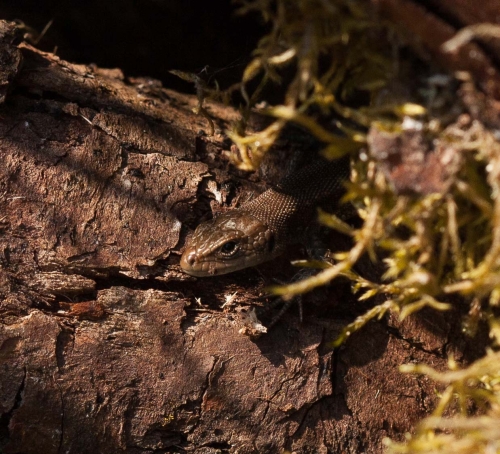 The first resident we noticed in June was a Common Lizard sunning itself and making use of the cavities and hiding places in amongst the logs.