A Tale of the Scots Pine 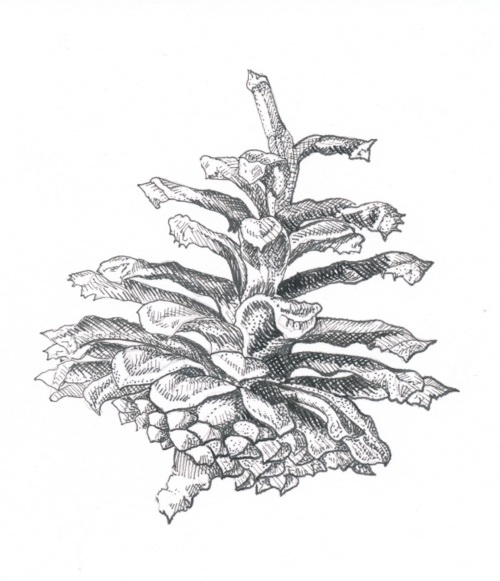 I have enjoyed myself with the conifer cones. I love drawing in monochrome with pencil and pen. Scots Pine are not as widespread as the Norway Spruce but you see quite a lot of them around. The orangey-reddish trunks stand out even from a large distance and the mature trees are sometimes impossibly contorted or look as if they are going to topple over.

A Tale of the Douglas Fir 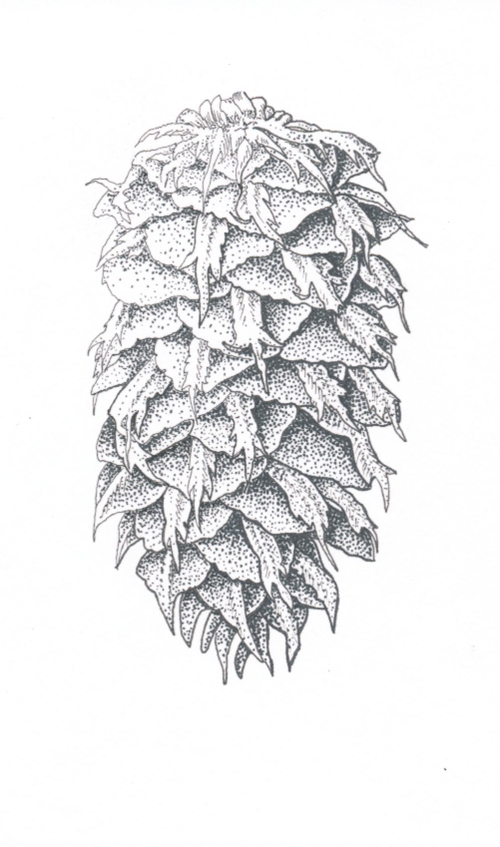 This is an imported tree from North America.

Apparently it is now the preferred timber for making the traditional shingles used to cover older houses here. It is very resilient and hard-wearing. Our house had shingles originally and they would look great with the sandstone base of the house, but it would be quite an investment to replace them and we would have to paint them every five years. It is a shame as many houses are losing the traditional look so typical of this region.

A Tale of the Norway Spruce

The spruce is the most common conifer in the forest here. It was planted in large numbers when the forest had become depleted in the 19th century. Now the climate is warmer and drier, spruce trees are suffering as they prefer higher altitudes and cooler weather.

The weakening of the trees also leaves them susceptible to damage from bark beetles, which can be devastating when the population explodes as in 2019. That summer, the extreme dry and warm weather weakened a lot of trees. The spruce tends to have a shallow root system at this altitude and in this area, so is vulnerable to high winds and disease. 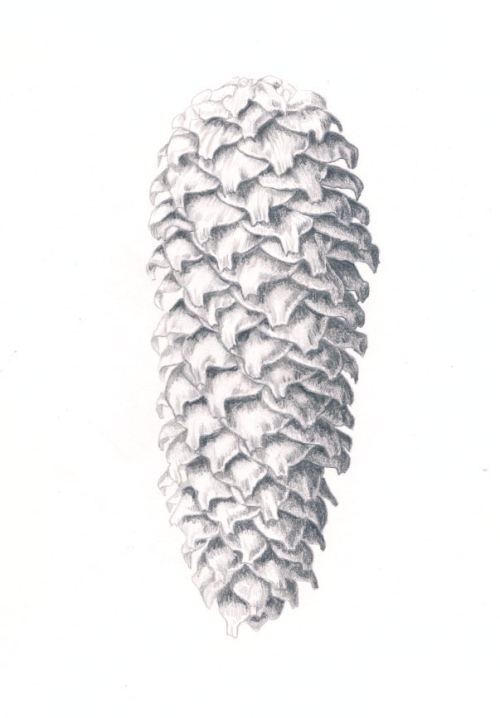 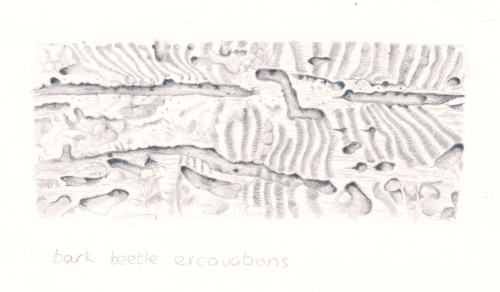 A Tale of the Silver Fir 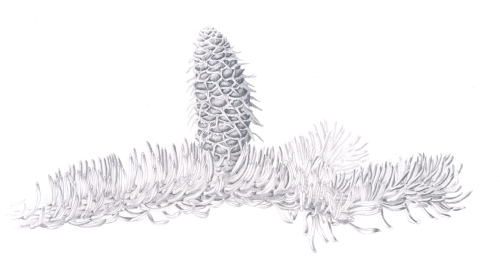 The Silver Fir occurs here naturally and is the focus of efforts to create a more diverse mixture of trees in the managed forest. Silver firs are slow-growing when they are young and cope with shade but given the right light and temperature they then grow strongly. The cones are upright and stay in the crown of the tree until they disintegrate, rather than falling to the ground as complete cones like the spruce.