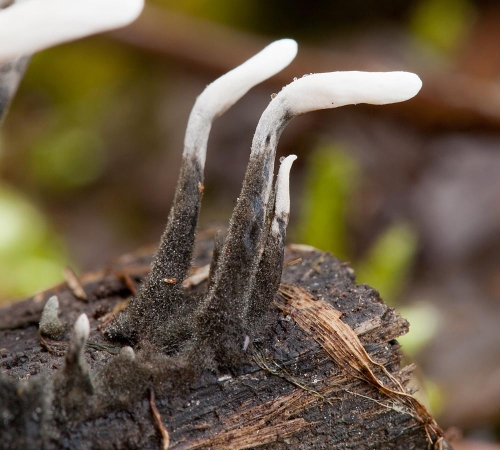 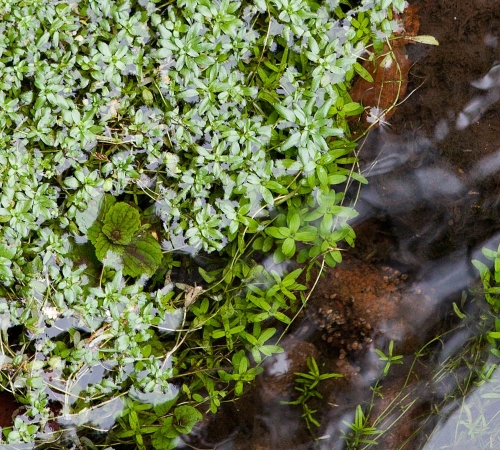 We went for a short walk down the valley along the Forbach. We saw a kingfisher and a white-throated dipper as well as some rather large fish. We also saw quite a lot of the water plant(s?) shown in the photo which we'll try to identify.

Update: we have now identified this as one of the Callitriche genus. You need to look at the seeds to discover which species it is and even then they are difficult to separate, so I have just taken the genus name Callitriche.

Later, while clearing up the garden, we came across some Candle Snuff Fungus, Xylaria hypoxylon.

Again, we had thick fog all day and it was noticeably colder. As if to confirm that colder weather is coming, we saw our first brambling of this winter in the hawthorn bushes.

The fog is caused by a temperature inversion which also makes sound travel from long distances away. When we walked up to town in the evening, we heard church bells chiming the quarter from the North (towards Baiersbronn), but the nearest church in that direction is a good few miles away. 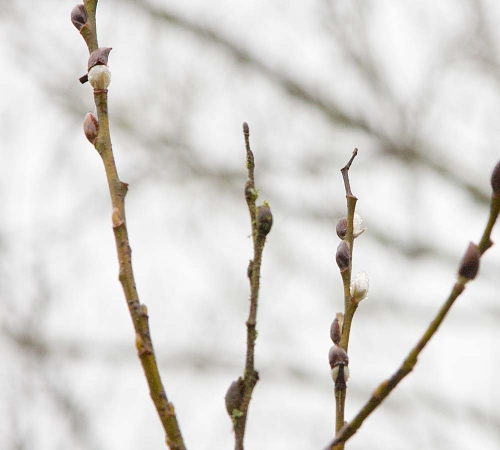 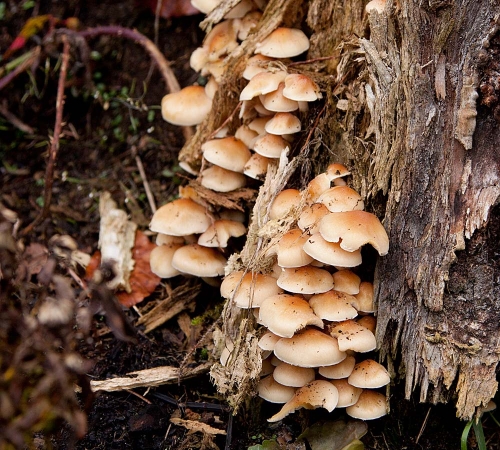 We've had dense fog all day. There are still plenty of birds coming to the table, but we haven't see the nuthatches and bullfinches for several days and the crested tits seem to have gone too.

We noticed one of the willows had some buds on it, which is a sign that the weather is unseasonably mild at the moment. We also had a nice new set of mushrooms growing on the conifer stump next to our patio.

The town have starting cutting trees down the valley towards the fish ponds. It's going to be interesting to see how different it looks when they've finished.

Christine saw a Goldcrest in a hedge on Talstrasse, but her camera phone photo was rubbish.

We have had wonderfully sunny weather this weekend, with temperatures up to 17C on the patio. There was a light frost last night but today we were surprised to see hoverflies out in the sun.

I saw six long-tailed tits arrive on the bird cherry just as it was getting dark. They only stayed for a minute, so we might often miss them. 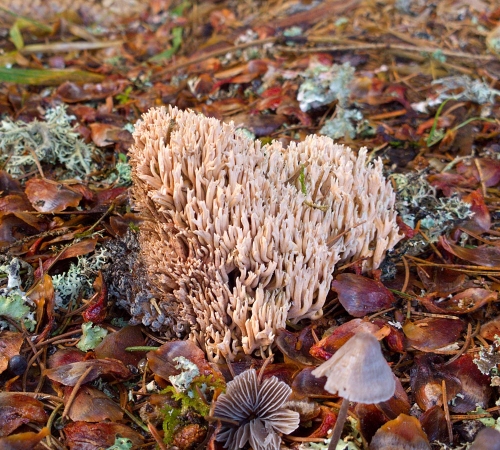 On our walk around the loop in the forest behind our house, we found these fungi growing at the base of a wood pile and identified them as the strict-branch coral fungus, Ramaria stricta. 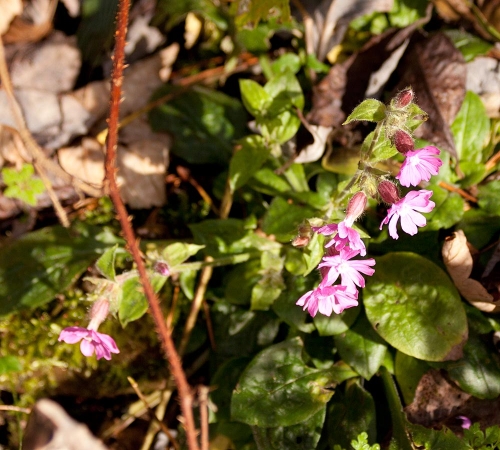 It briefly reached 24oC on the patio this morning. It's been incredibly mild and there are lots of plants still flowering - including this Red Campion in full bloom just into the woods at about 700m altitude. 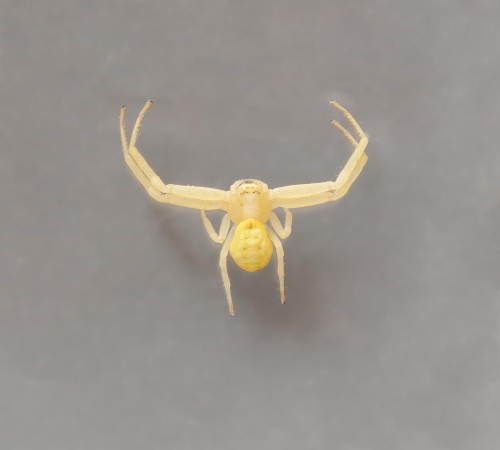 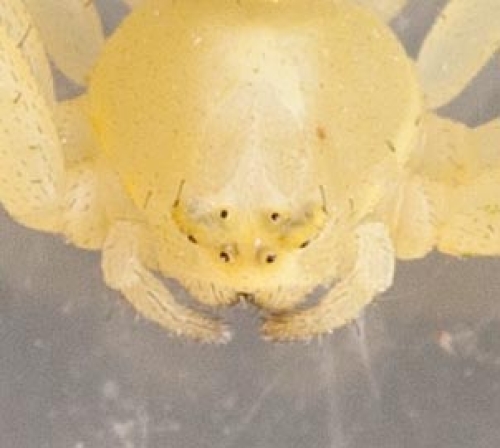 I've been meaning to do some proper spider identification for some time. Today there was this beauty on our ceiling in the dining room. No need to stick this one under the microscope as it is clearly a female Misumena vatia - nicely adapted to the white colour of our ceiling. I don't know why it was indoors though - she should be hibernating outside. 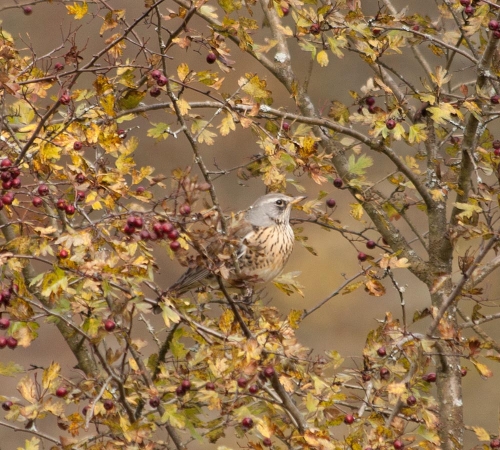 It was a stroke of luck that we saw a fieldfare visiting the hawthorn at lunchtime. We had just been talking about the species we might hope to see when the bird turned up and stayed long enough for us to get some photos.

The weather has been a little dull and rainy recently, so we have seen less around. The kingfisher still comes regularly and we are trying to get a good photo, but it is proving a challenge as he does not stay for long.

We have identified one of the unknown fungi from the garden and have amended the photo names from the 13th October to Hare's-foot Inkcap - a very short-lived fungus, which came up overnight and started to deliquesce almost immediately. 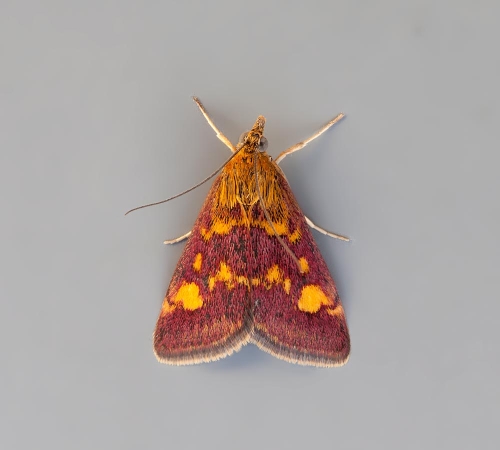 There was a mint moth in the dining room this morning - they are difficult to identify so it could be Pyrausta purpuralis or Pyrausta aurata. We think it came in on some marjoram I had in a vase. We saw the caterpillar but then it disappeared and may have pupated in the house. 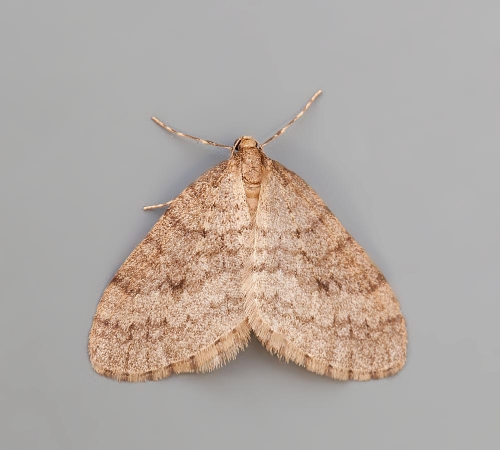 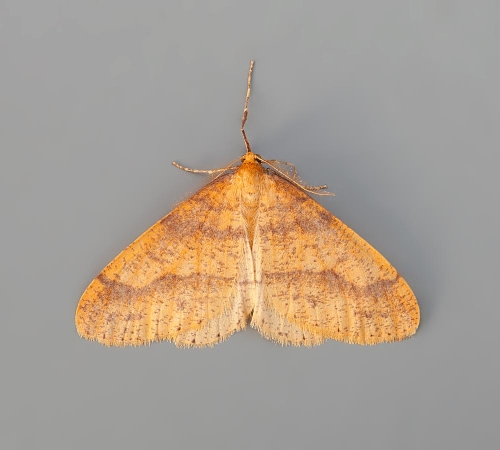 The weather has been so good that it seemed worth putting the light trap out overnight. We had three moths - a Winter moth, Feathered Thorn and a Scarce Umber.