A kingfisher flew around the pond today. This is probably the last we'll see of him for a while as the pond will freeze over soon.

After quite mild weather, we had noticed a sudden change yesterday. In just a couple of hours, the temperature dropped several degrees. This morning the landscape was white with snow. 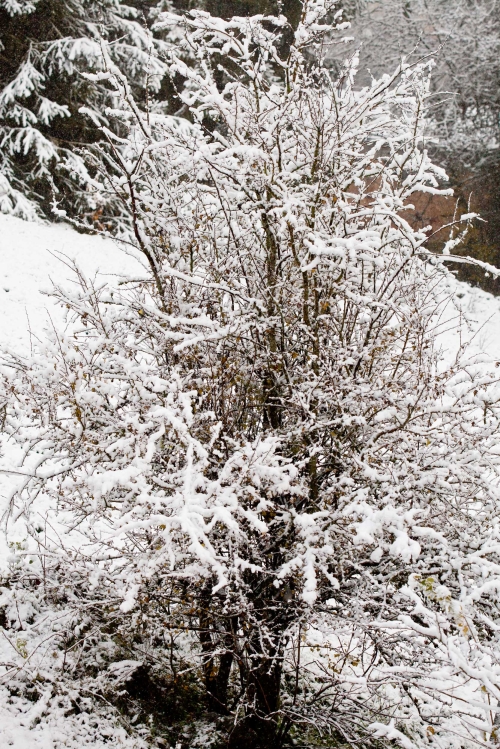 The sparrowhawk continues to haunt our garden.

A complete contrast to yesterday. It was raining first thing this morning and it has continued all day.

Early on, a small flock of fieldfare flew over the house and landed in a nearby tree.

A crested tit has been visiting the bird table regularly over the last week or so, but we usually see him at dusk when it is too dark to photograph him. Today he came in mid-afternoon, but the weather meant that it is still quite dark. 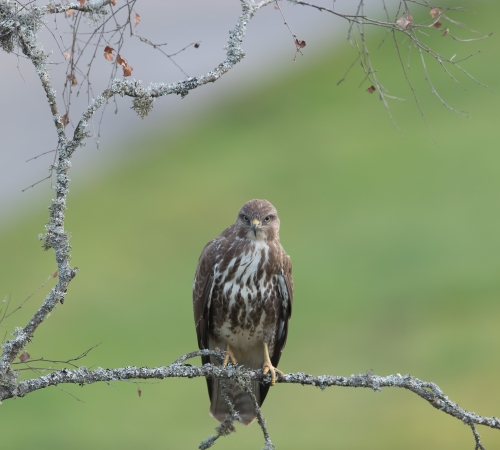 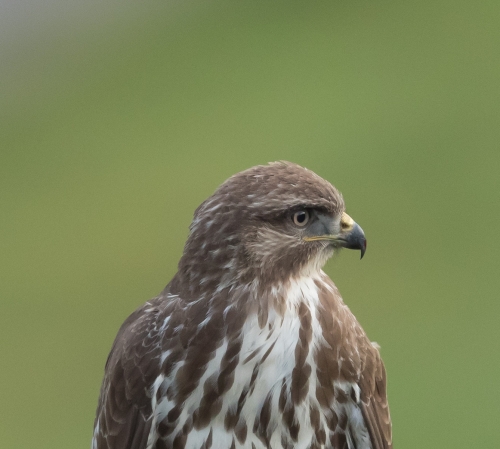 It was incredibly warm today. We did some gardening. Christine had trouble opening open of the sheds as the keyhole was blocked by a peanut. We reckon one of the nuthatches hid it there.

We went up to our top field and reinstated the bird perches that had been knocked over by the cows a couple of months ago. The field is looking really good and there were still quite a few harebells and scabious in flower. We were surprised to see a dog violet in flower too. The spignel has survived the grazing and is spreading down the hill.

As the light began to fade a buzzard perched in our birch tree and I managed to get some really close-up photos. I think this looks like a juvenile as it still has its beak gape flange (I never thought I'd have the opportunity to say 'gape flange').

The sparrowhawk that we saw at the end of October has been around all this week. The jays and magpies have unfortunately got bored with chasing him away and today we saw him catch a coal tit in our garden. This is probably not the first bird he has caught in our garden, but it is the first time we've seen it happen. Not nice to see.

We had two public holidays this week so I managed to do some photography.

I've never been really happy with any of my photos of bramblings, so I took the opportunity to photography this male in the sunlight.

All afternoon, I'd been hearing a strange squeak and I couldn't work out what bird was making it. I finally got this photo of a blackbird mid-squeak. 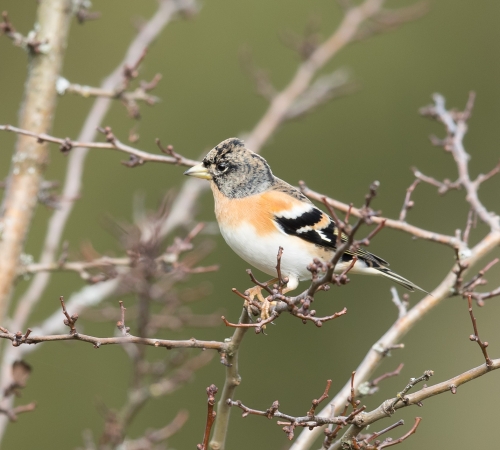