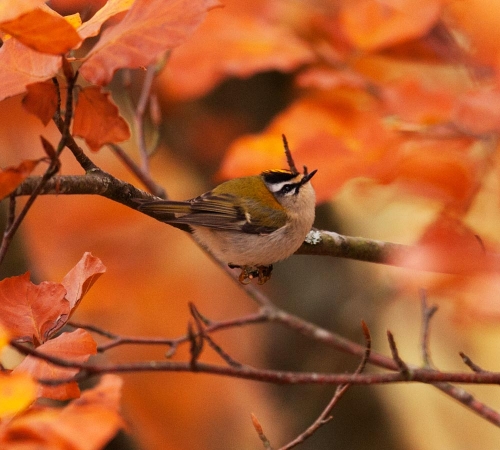 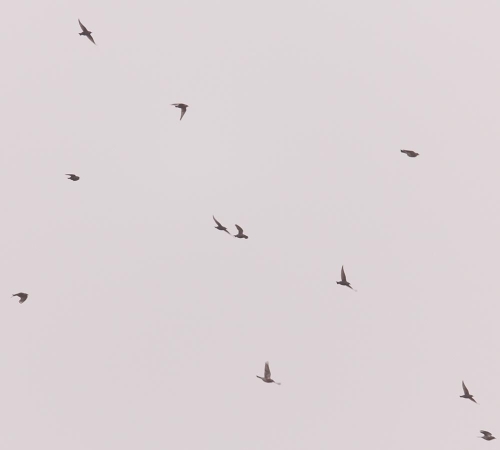 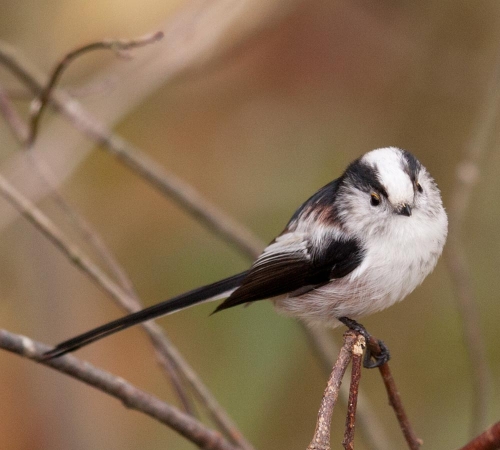 This morning was dull and misty. Several large flocks of fieldfare passed through the valley and seemed to heading over to Freudenstadt.

The goldcrest was back again today and spent a long time hopping about in the beech tree towards the pond. It was really difficult to photograph through the leaves and it was made more difficult by the dim light and the fact that he wouldn't stay still.

A solitary long-tailed tit also came to have a look at the fatballs and feeders, but seemed to have trouble understanding what to do with them.

Once I downloaded my photos, I was really pleased to discover that I'd taken a couple of photos of a firecrest who had also been hopping around in the same beech tree as the goldcrest, becoming the 69th garden species. 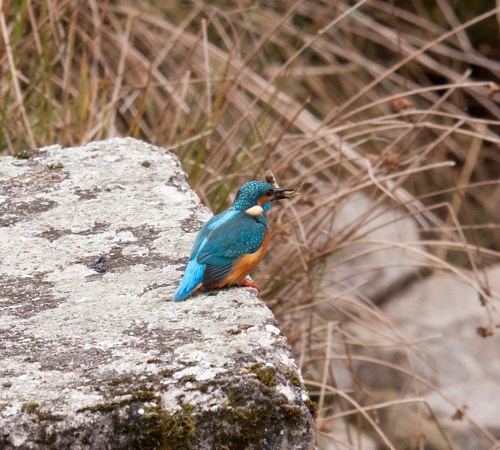 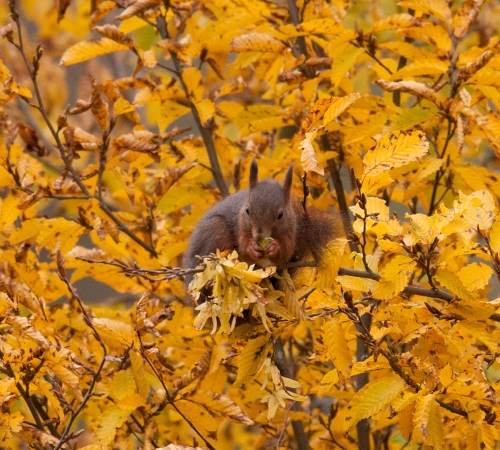 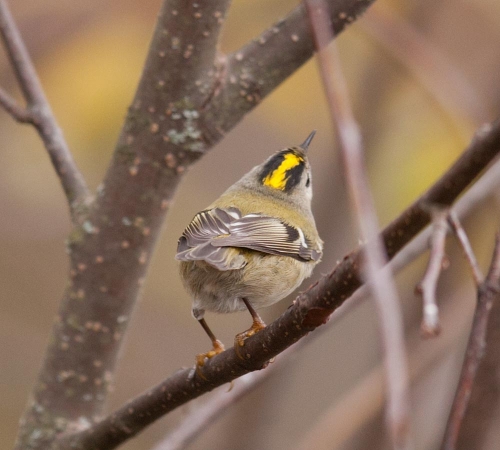 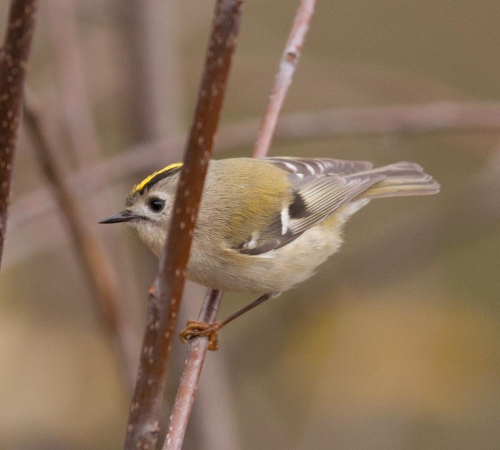 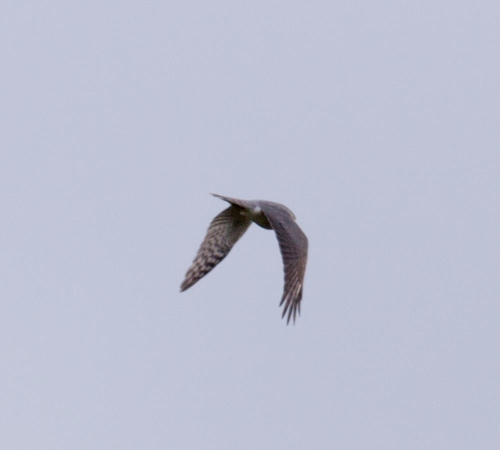 The kingfisher was out on the pond this morning and managed to catch some small fish despite the low water level.

The black red squirrel was also out and about, this time eating hornbeam seeds.

It wasn't a particularly nice day, dull and overcast, yet we had some interesting bird species including a goldcrest, which we've only seen once before, and a peregrine falcon, which is a new record for our garden. 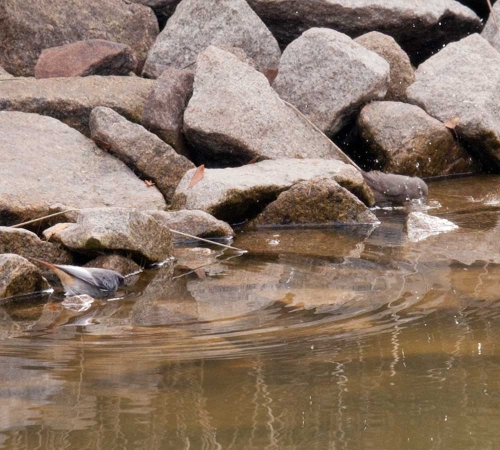 It's been a lovely warm, sunny day. There were some black redstarts splashing about in the pond.

The bramblings are still with us and have been all week.

We had a good collection of bird species in the garden, 20 in all. 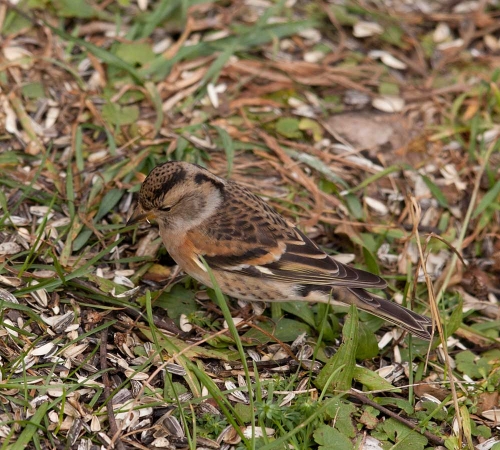 We had the first bramblings of the winter in the garden today. This is a good two months earlier than last year, when we didn't see them until December 27th. There were three or four of them, all male.

A small flock of about 20 long-tailed tits flew over the garden this morning. A few of them landed in a nearby conifer and I managed to take a distant photograph showing four of them.

We also saw this black squirrel, which is probably the same one that was on our patio a few days ago. 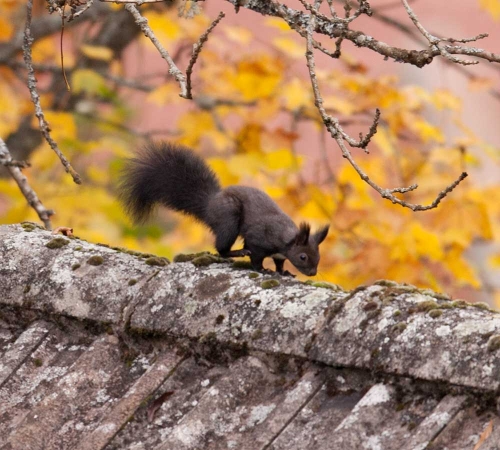 We had a sort-of new bird species in the garden today. Marsh and Willow tits are quite hard to tell apart and the most reliable method of telling them apart is their call. Unfortunately, most of the marsh/willow tits we get in the garden are silent. When they have called in the past, they've tended to be marsh tits and that corresponds to the general view that marsh tits are more common in this area than willow tits.

However, today I managed to photograph a willow tit while it was calling, so this one becomes our 67th garden species. 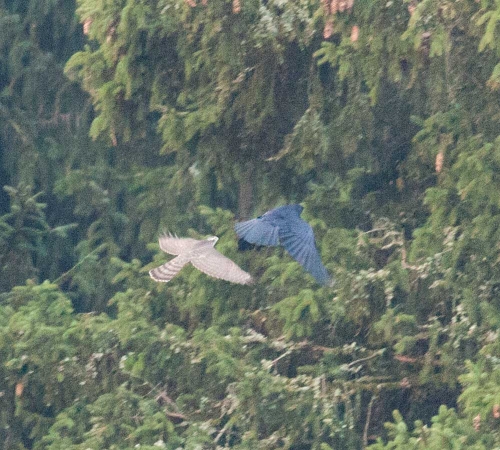 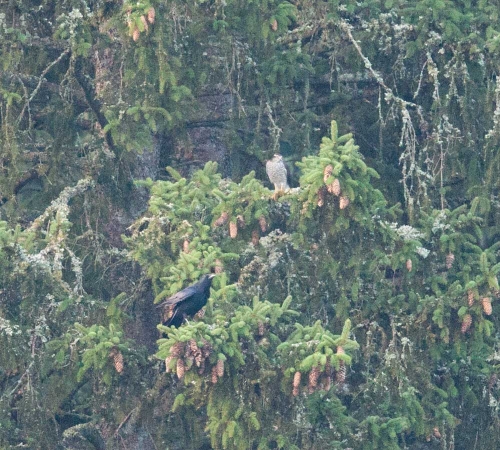 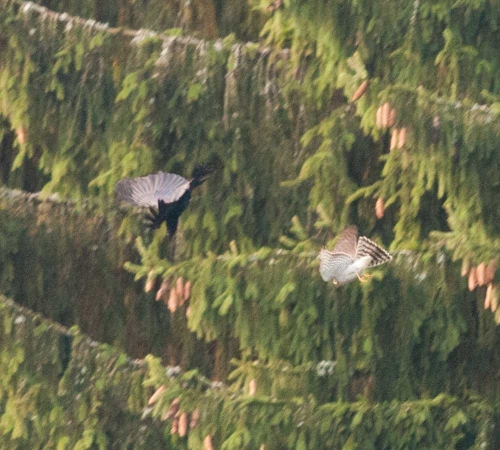 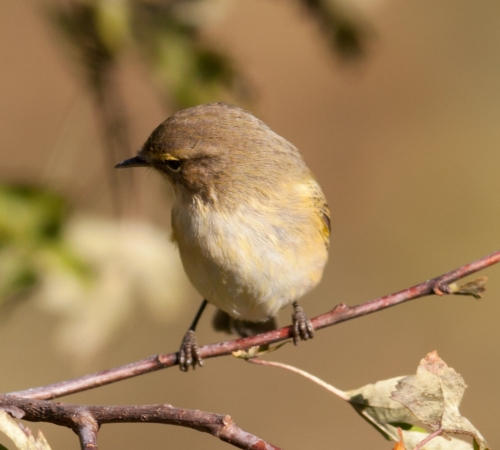 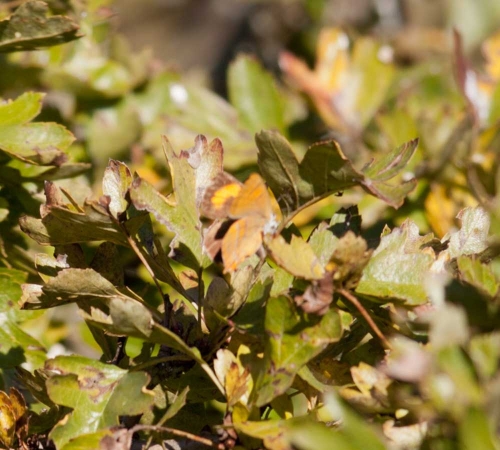 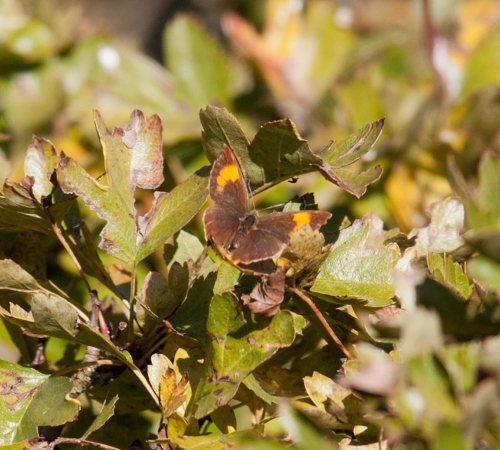 There was a confrontation between a carrion crow and a sparrowhawk first thing this morning. The crow was clearly trying to get rid of him, but the sparrowhawk was giving as good as he got and was quite happy to attack the crow. These are quite distant photos - at one stage, the sparrowhawk actually landed in our birch tree, about 3 metres away from me, but my reflexes at that time of the morning weren't quick enough to get the photo.

Later on, I was surprised to see a chiffchaff. I thought they'd have all migrated by now, but apparently some do try and tough-out the winters. This one was extremely aggressive to all the other birds. I saw him try to catch a hummingbird hawk-moth which was feeding at the buddleia, but the moth was just too acrobatic for the bird.

It's been a really lovely, warm autumn day. The sort of day you might hope to see a new butterfly species for the garden. Well here it is; a Brown Hairstreak. These are extremely rare in the UK and I remember travelling for miles to go to see one a few years back. I must go and look for eggs on the plums and mirabelle trees in our garden.