I decided to clear the herb robert plants from the cellar vent so I could see any trapped amphibians better. Unfortunately, this revealed another casualty. This time a young fire salamander. This looked to be a fairly recent death. 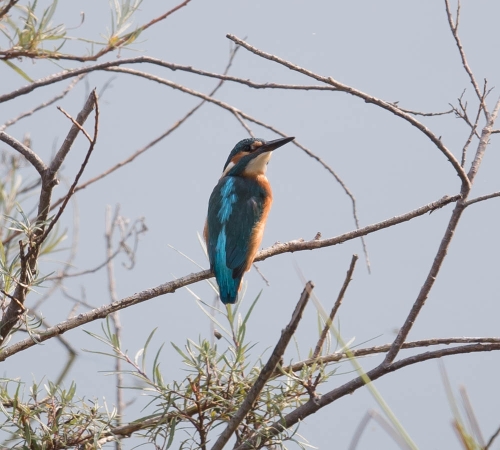 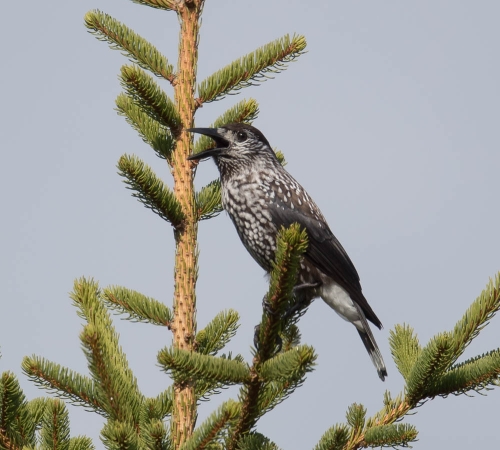 Today's theme is 'beaks'. Big beaks. Down by the pond, a kingfisher was showing off his bright blue dorsal stripe and his impressive pointed beak.

Over towards the woods, this spotted nutcracker spent several minutes calling from the top of a tree showing his sturdy beak. It's a pity that my focus point drifted and the camera focused on the tree rather than the bird.

I put the moth trap out again last night. It was 4oC in the morning so it wasn't a particularly good night. I had one new species for the garden though - a brown-spot pinion. I found a caterpillar of this species up on the Finkenberg back in 2013 and bred it through, but this is the first record from the garden.

I spent a lot of time today watching the birds. There were a lot of black redstarts about. We also saw some ravens and a surprise common redstart. We haven't seen a common redstart this late in the year before.

I've been seeing some very nice wasps recently - not the common, annoying ones - there are plenty of those too this year. This one was flying around the patio all afternoon. It is probably Ectemnius lapidarius.

While watching the wasp, I was fascinated by what I thought to be a flowering moss. After much research I found that this is procumbent pearlwort - commonly recognised as a garden weed. Weeds are generally welcome in our garden.

Finally, I caught this young bullfinch in the middle of an extremely extravagent yawn. 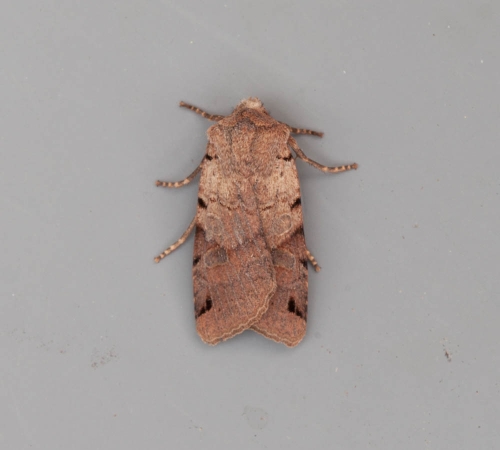 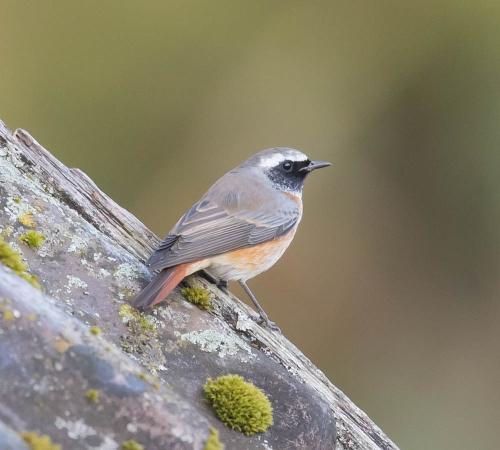 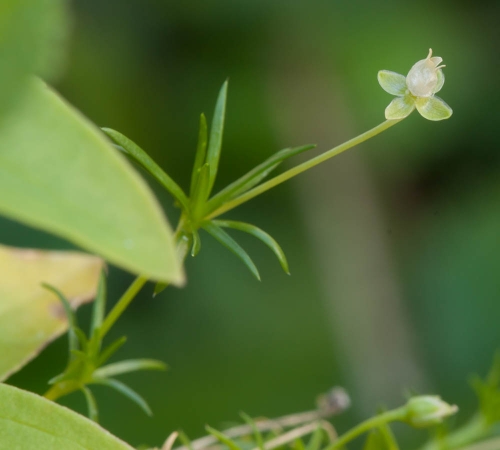 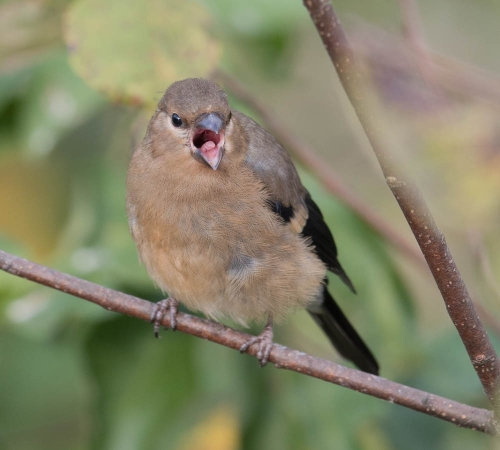 We cleaned out the bird box on the plum tree which briefly housed a blue tit family back in spring. There were four tiny skeletons in the nest. We're not sure what happened to the parents - but at least a predator hadn't got into the box.

While taking down the bird box, we noticed that there was quite a lot of Old Man's Beard lichen hanging on the bark. The plum tree isn't in the best of health and there are lots of lichens and fungii growing on it. Old Man's Beard is a nice lichen to see as it is supposed to be an indicator of good air quality.

So today's theme seems to be death and decay. I checked the vent in the cellar as we often find frogs and toads that have fallen through the grating (even though we've put a mesh over it). I hadn't checked for a couple of weeks since I used the ladder to harvest the plums from the plum tree. Today I found this very dead fire salamander in there. Either I missed it two weeks ago or it was really unfortunate timing.

We noticed it got very cold last night and, although we can't be sure, it was probably the first frost. We are resisting turning on the heating as it would be an admission that the summer is over, but it means having to wear warm fleeces indoors, so I don't know how much longer we will hold out.

The red deer stag in the Bärenschlössle Enclosure started bellowing today, which is another sign of autumn. Despite misty mornings, the weather is still quite pleasant and sunny. 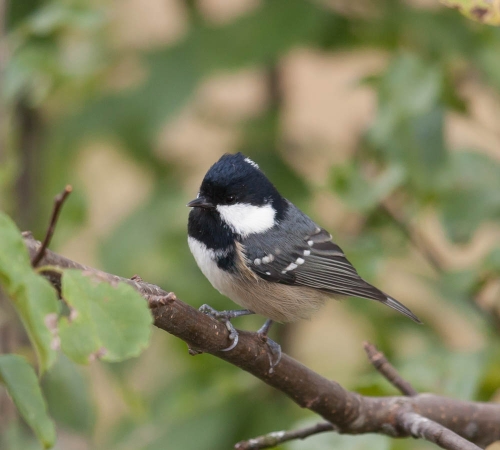 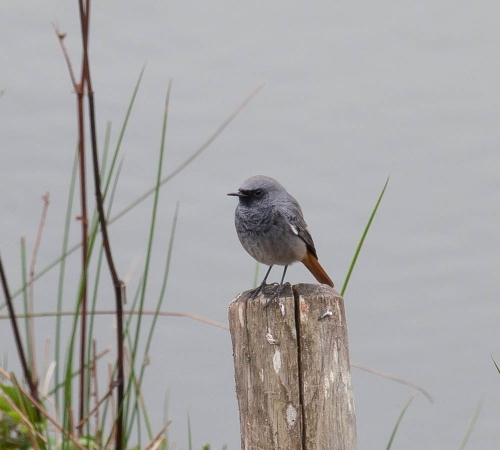 I finally got a chance to spend some time watching the garden and relaxing.

We had some bird species returning to the garden that we haven't seen for a while. We don't see coal tits in the summer months. Last year they returned in late July but this year we saw our first one a couple of months later on the 3rd September. We're gradually seeing them a bit more. Today I got a photo.

We've had a dunnock in the garden too for the last few days.

The cows returned to the fields around our house on Monday. There isn't much for them to eat as the grass hasn't really had time to recover from their last visit just a few weeks ago. The dry weather has meant that there aren't a lot of places for the farmer to take them at the moment.

The cows have brought in the wagtails, red kites, buzzards and carrion crows. The cows have obviously been trampling frogs as we've seen the birds finding their bodies in the soil. The buzzard in the photo was hanging around all day and he spent some time in a tree near to the house.

We had a brief visit from a spotted nutcracker but I think he was just confirming that he hadn't missed anything when he was last in the hazel tree.

This nicely marked male black redstart was also around the house most of the day.

Finally, a picture of Spartacus the bullfinch with the dimple. He's looking a bit of a state right now as he seems to be in heavy moult. That or he's got the mange.

I spent several hours watching the birds today, but it was really quiet. The dry weather seems to have delayed the migrating birds or maybe I've missed them this year.

I did see a hummingbird hawk-moth today. This wouldn't normally be worthy of note as in previous years these have been plentiful and we'd have seen them throughout the summer. This year, we've only see one or two so something seems to have caused a problem with this species this year. 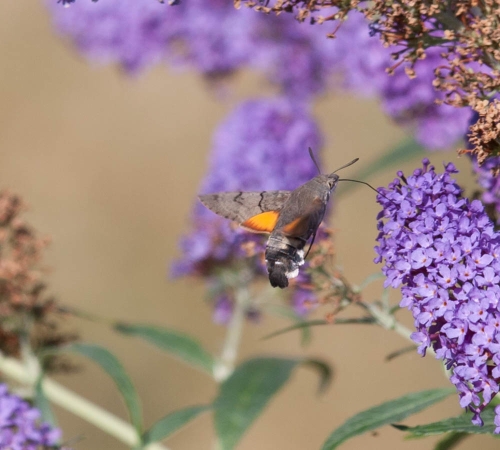 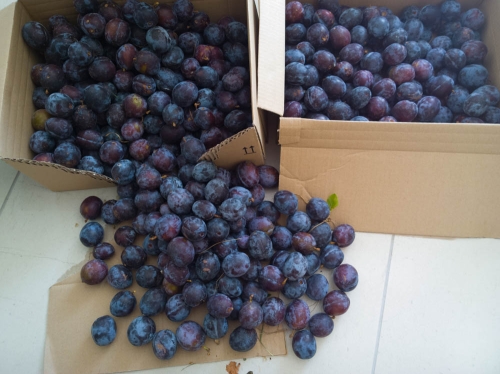 We've had a really good crop of plums from our plum tree this year. So far we've harvested around 10kg. We'll probably leave the highest, most difficult to get to fruits for the birds and wasps. Christine went for a walk up at the Ruhestein. She brought back this nice photo of a broom moth caterpillar on eyebright. Pity she didn't bring back the caterpillar too. I've been expecting to see a broom moth in my moth trap, but haven't yet.

The dry, warm weather continues. I had the moth trap out again last night. This centre-barred sallow was a new species for the garden. When these moths with the autumnal colours are on the wing, it is definitely a sign that the summer is coming to an end.

Last year, around this time, we saw the house martins flocking around a tree up by the Baerenschlossle. This year, they decided to use our birch tree which is only a few metres from our windows. There must have been several hundred individuals in the tree. These photos don't really show the numbers but this is the first time I've got some close-up pictures of these. 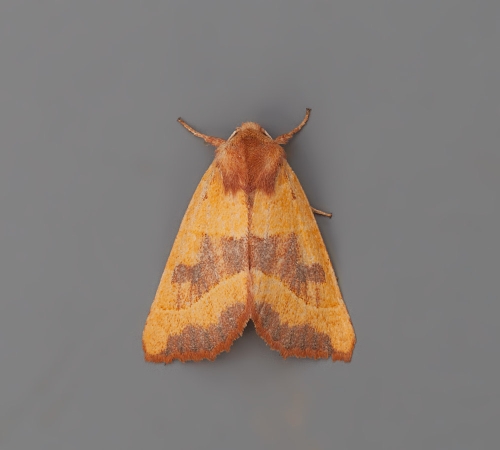 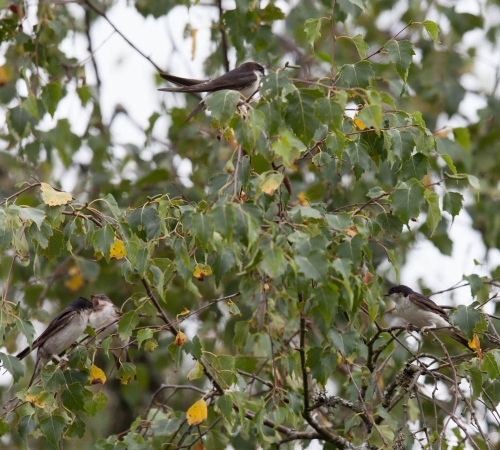 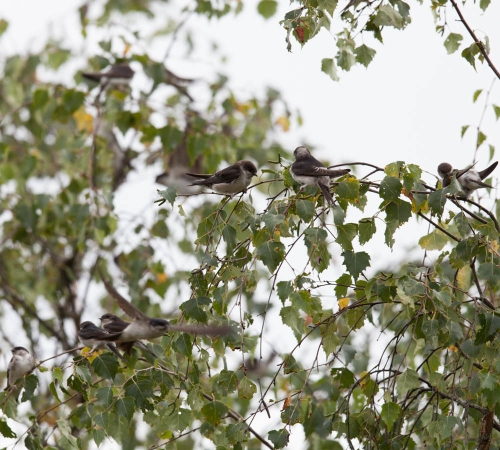 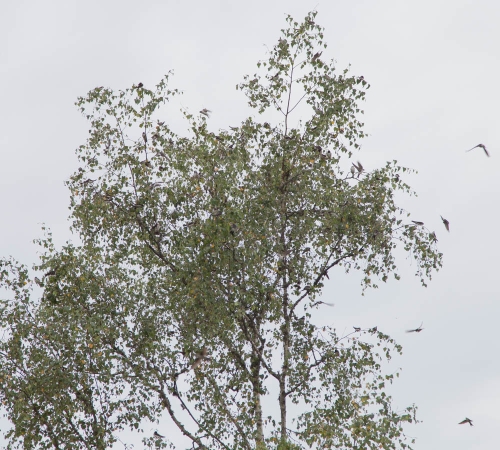 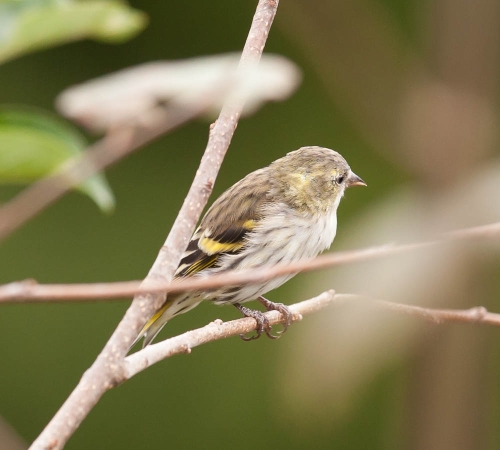